Spotlight Series is a curated programme of digital presentations of both new and existing work presented as part of The National Ballet of Canada’s 2020/21 virtual season.

“Curating this series has been a joy as I reflect on our diverse repertoire and pursue new creations for a digital space that has been a lifeline for our artists and audiences during the pandemic. Our dancers will continue to share their artistry virtually as we look ahead to a safe return to the stage when we can perform live for you once more. Until then, I hope you find much to uplift and inspire you in our beautiful Spotlight Series as you connect with us from home.”
- Artistic Director Karen Kain

The National Ballet of Canada’s Spotlight Series can be enjoyed free of charge. If you are able, please consider making a donation to the Together for Ballet campaign in support of the company’s artists. Donate now > 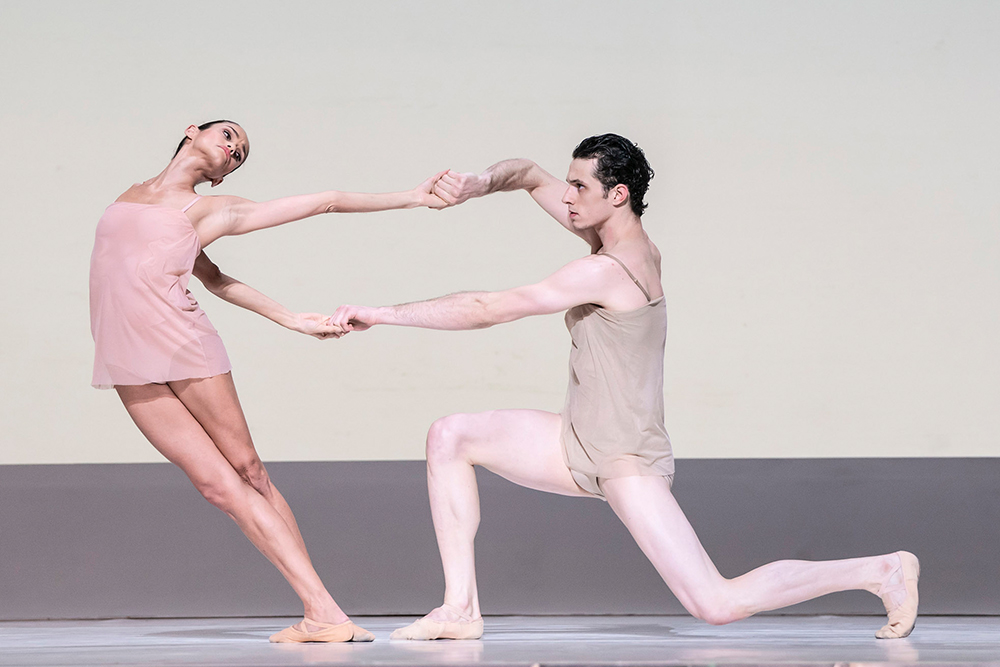 Modern Masterpieces is a showcase of three exciting works from our recent repertoire: Alexei Ratmansky’s Piano Concerto #1, Jiří Kylián’s Petite Mort and Wayne McGregor’s Chroma. All are the work of brilliant, influential choreographers of today. Presented in excerpts, Modern Masterpieces underscores the musicality of Ratmansky’s homage to composer Dmitri Shostakovich, the nuances of the duet in Kylián’s meditation on sexuality and the physicality of McGregor’s thrilling ode to the body in movement. 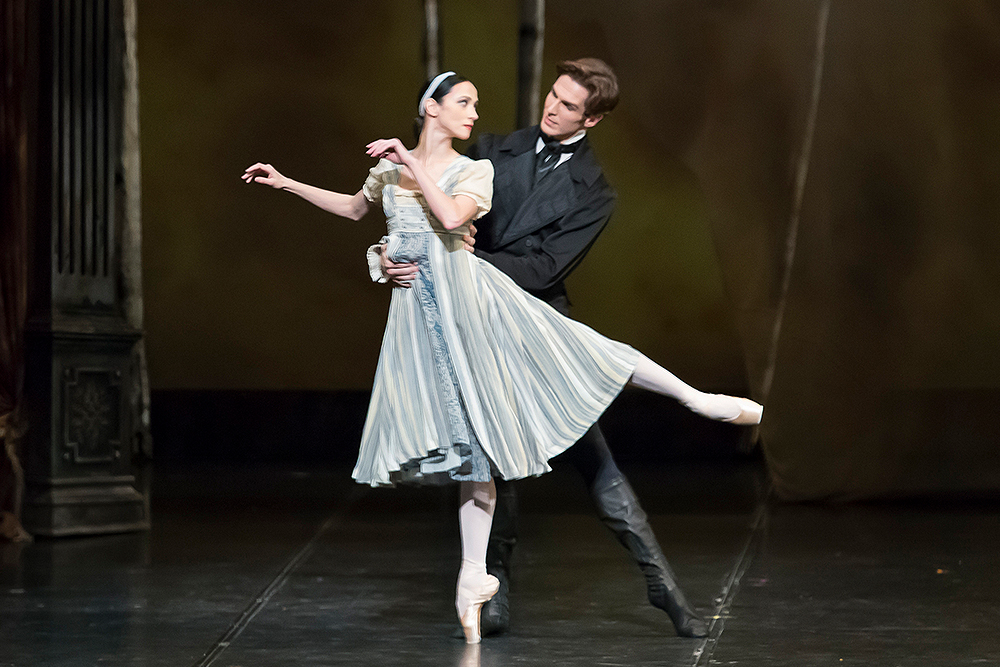 The three excerpts in this programme combine beautiful choreography with stories of power and passion inspired by great works of literature. The first is a legacy ballet, John Cranko’s Onegin, a moving dance drama based on the 19th century novel by Alexander Pushkin, Eugene Onegin. The second is Christopher Wheeldon’s The Winter’s Tale, a 2015 co-production with The Royal Ballet based on William Shakespeare’s complex play about jealousy and the bonds of family. Finally, John Neumeier’s Anna Karenina, a 2018 co-production with The Hamburg Ballet and The Bolshoi Ballet, a response to Leo Tolstoy’s social novel of the same name. 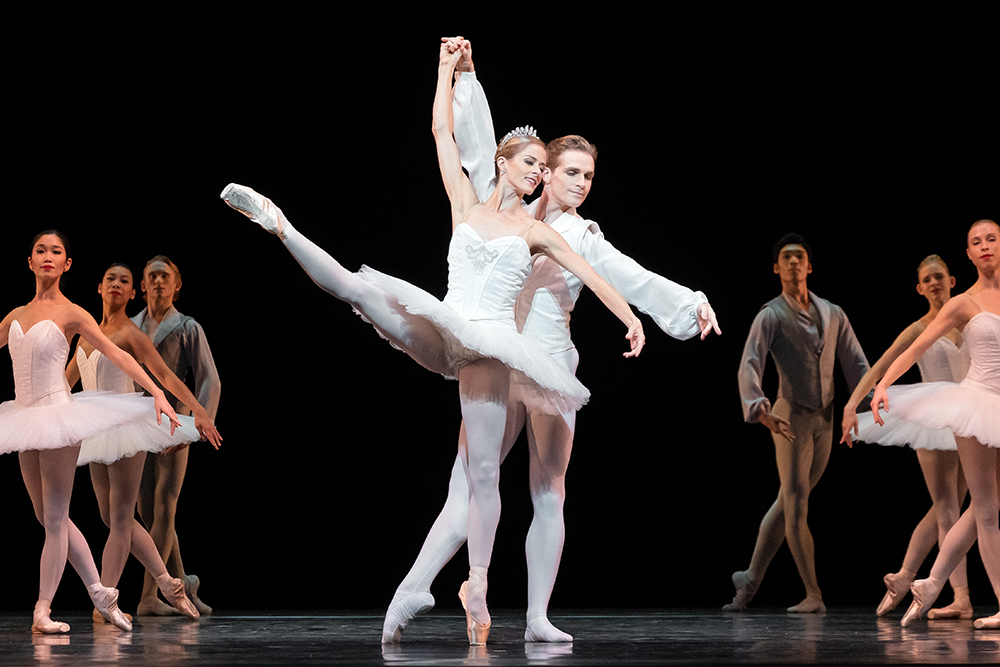 Classical Gems is a celebration of ballet technique, offering gorgeous ensemble work and pas de deux in excerpts from three ballets in the grand classical tradition. The famous peasant variations from Act I of Sir Peter Wright’s Giselle are filled with soaring jumps, turns and intricate partnering set to the lively music of Adolphe Adam. From Marius Petipa’s Le Corsaire comes one of the most thrilling and frequently performed pas de deux in classical ballet and is set to music by Riccardo Drigo. Finally, the virtuoso finale from Harald Lander’s Etudes, with its brilliant displays of athleticism and style set to orchestrations of piano studies by Carl Czerny. 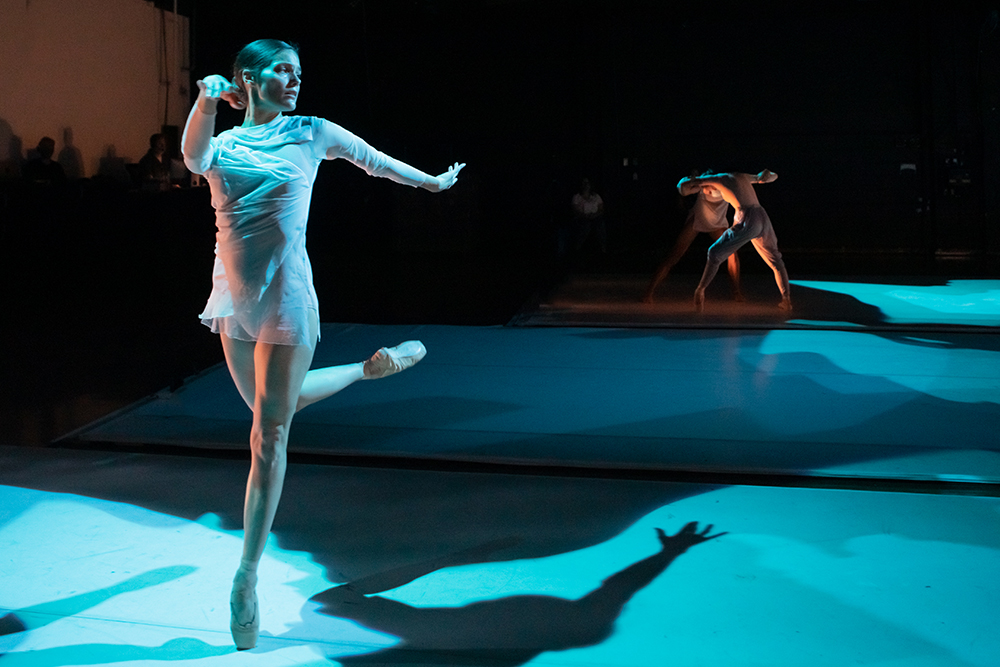 The Dreamers Ever Leave You
by Robert Binet

Robert Binet’s The Dreamers Ever Leave You responds to the work of Group of Seven artist Lawren Harris, who infused Canada’s northern landscapes with a near spiritual power. Binet created Dreamers in 2016 as an immersive piece for the Art Gallery of Ontario and it has since been performed in several other non-traditional theatre spaces, including Printworks London, a former news press in Rotherhithe, South London. Now, Dreamers is making its digital premiere following an intimate engagement at Toronto’s Harbourfront Centre, captured on film by Canadian director Ben Shirinian. 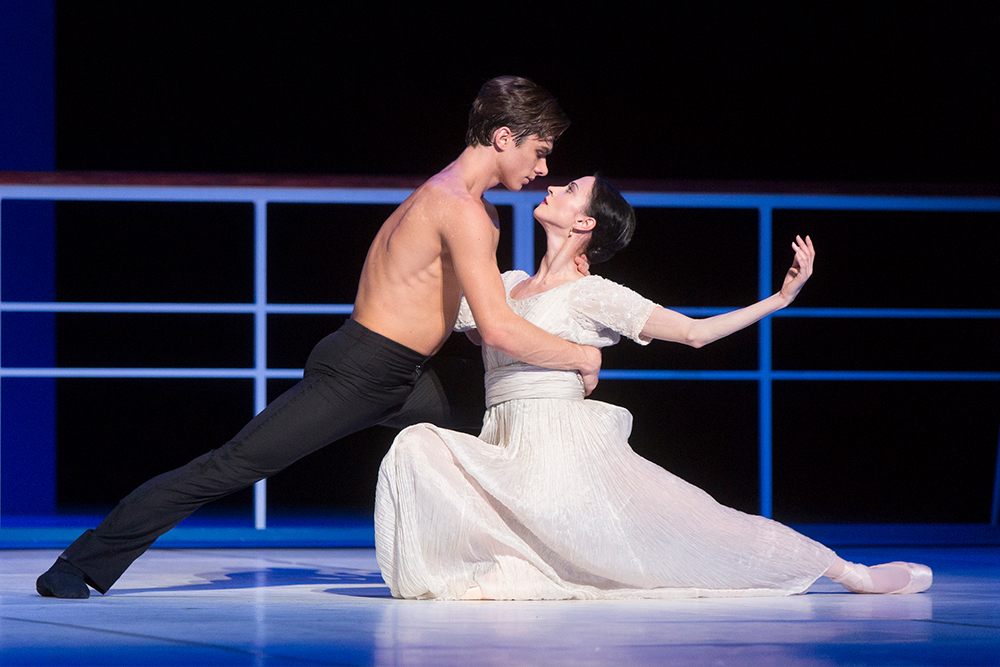 John Neumeier is the longest serving Director and Chief Choreographer of The Hamburg Ballet, a company made famous through his leadership. As a choreographer, Neumeier sets classical ballet within a modern dramatic framework, often pulling from history and literature for his themes and stories. Thanks to his close relationship with Artistic Director Karen Kain, several of Neumeier’s ballets are now accessible to North American audiences through The National Ballet of Canada. With a special introduction from John Neumeier himself, this film shares excerpts from three important works acquired under Ms. Kain’s tenure: Nijinsky, A Streetcar Named Desire and The Seagull. 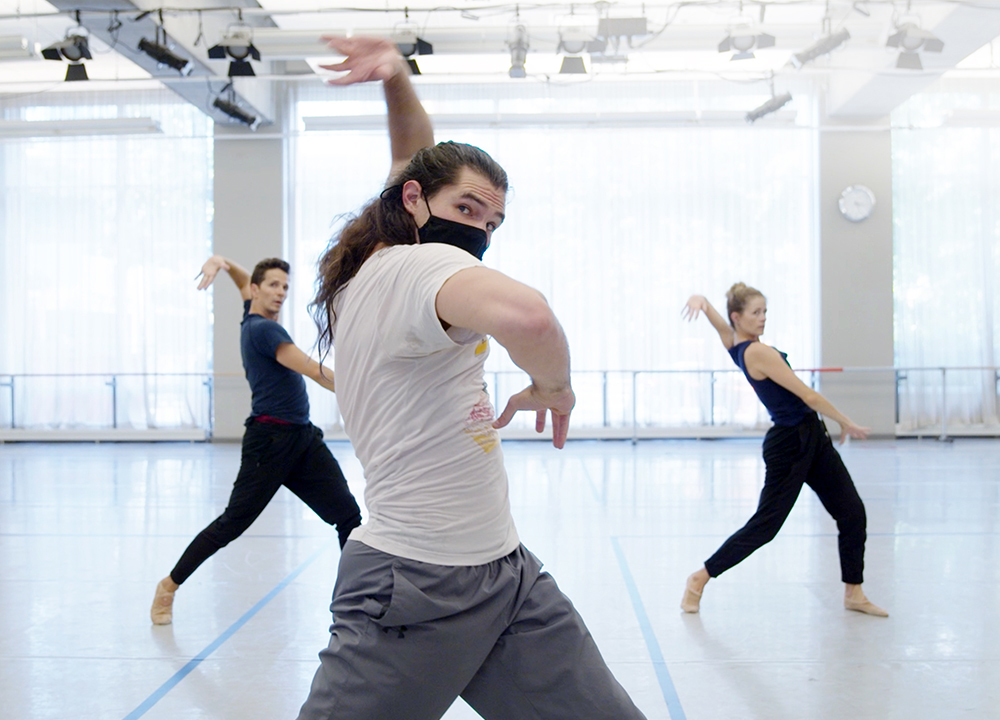 Soul by Jera Wolfe
in a state of vanishing by Alysa Pires
Trase Pa by Kevin A. Ormsby

Creating new work remains a priority for The National Ballet of Canada during the shutdown, as a way to challenge our artists, engage talented collaborators and share a full spectrum of dance with our audiences. The three new productions in this series are the work of vibrant Canadian dancemakers: Jera Wolfe, Alysa Pires and Kevin A. Ormsby. They created these ballets specifically for film, balancing technology with musicality, storytelling and emotion.

About Pires' in a state of vanishing 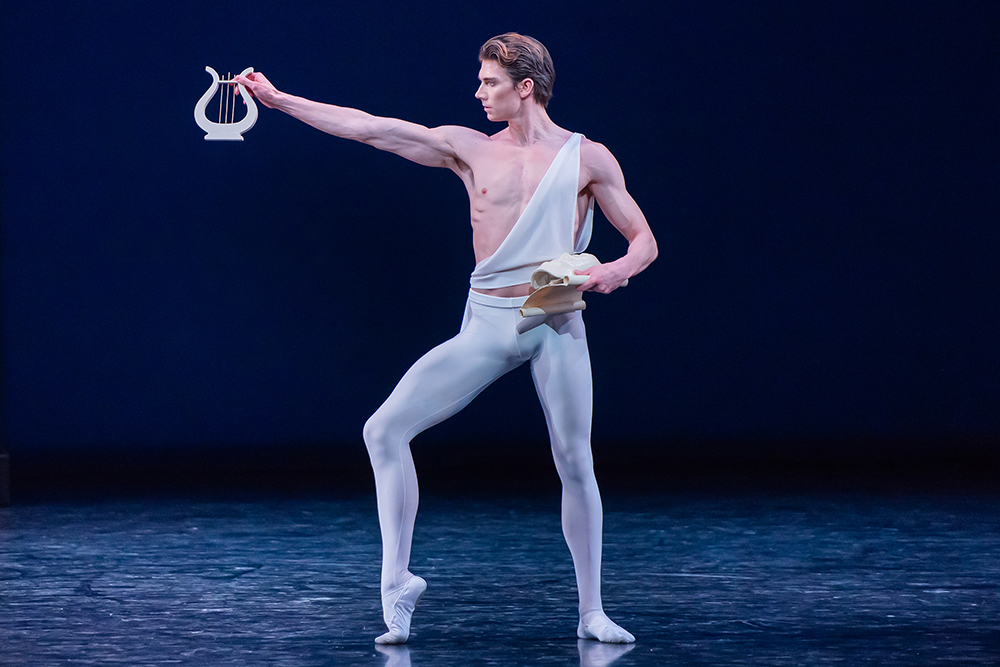 George Balanchine, co-founder of New York City Ballet, was one of the great innovators of 20th century ballet and his influence on the classical idiom remains deeply felt. The two works on this programme reflect the range of his choreographic language, from the noble, sculptural beauty of Apollo, which he created as a young man, to the exhilaration of Tarantella, a ballet from his later years. Together, they underscore the brilliance of Balanchine’s neoclassical style, with its playfulness, speed and purity of line and are filmed especially for Spotlight Series, The National Ballet of Canada’s virtual 2020/21 season. 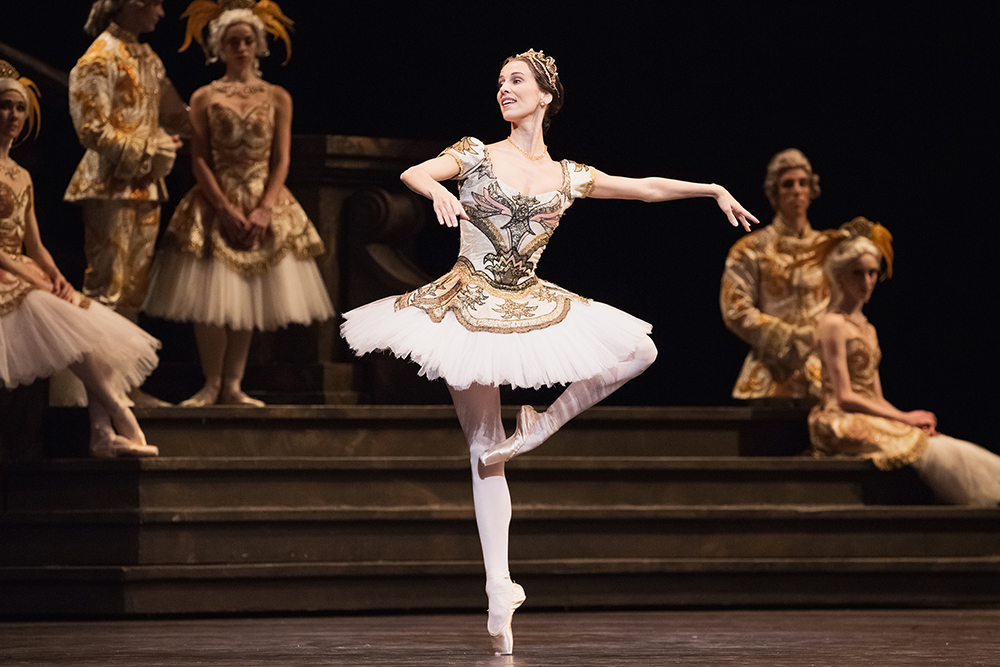 Take a closer look at one of ballet’s great legacy works with a series of dazzling variations from Rudolf Nureyev’s The Sleeping Beauty, which he staged for The National Ballet of Canada in 1972. The film tells the story of The Sleeping Beauty in highlights, from the fairy variations of the Prologue to Princess Aurora’s glittering entrance of Act I, Prince Florimund’s hunt solo of Act II and the famous Bluebird variations and Wedding pas de deux of the finale, for an unforgettable showcase of classical dance.