Votre sécurité est notre priorité absolue
In accordance with Government of Ontario policy, the Four Seasons Centre for the Performing Arts will operate at full capacity as of 1 mars. Safety protocols including proof of vaccination and masks will remain in place for the Winter Season. See full details here.

Kenneth MacMillan created Elite Syncopations for The Royal Ballet in 1974 during his tenure there as Artistic Director. The score features ragtime favourites by Scott Joplin and other composers of the era, played onstage by musicians participating in the dancehall scene. The choreography is flirtatious with an air of spontaneity and carries the influence of social dances of the 1920s. 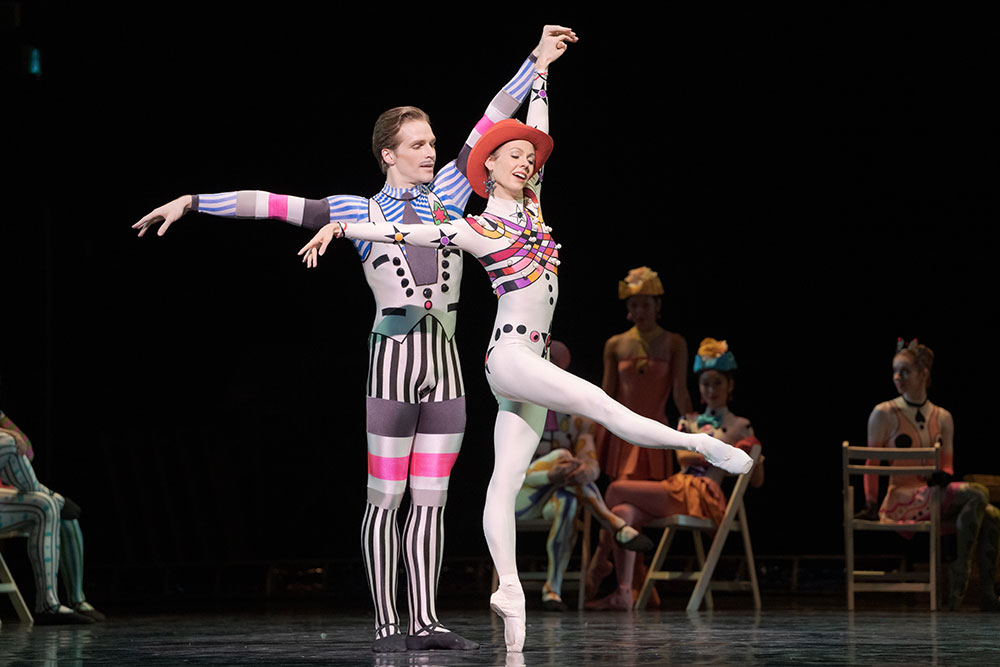 Kenneth MacMillan was a leading choreographer of the 20th century. He was Artistic Director of The Royal Ballet from 1970 to 1977 and Principal Choreographer from 1977 to 1992. His ballets are renowned for their drama, character development and elegance, with major works including Romeo and Juliet, Manon and Mayerling. He was knighted in 1983.

Born in Texas in 1867, composer and musician Scott Joplin was celebrated as “the king of ragtime,” and created multiple ragtime pieces, two operas and a ballet in his lifetime. His Maple Leaf Rag is considered a definitive expression of the genre.

Skyward is an uplifting new work from Choreographic Associate Alysa Pires, her first main stage creation for The National Ballet of Canada. A work in four movements, it incorporates the feelings of hope and anticipation that accompanied Pires’ creative process, owing to two significant events in her life: her return to the studio after lockdown and the birth of her first child. Featuring music commissioned for the award-winning ensemble Eighth Blackbird, Skyward emphasizes upward movement and a sense of flight inspired by starlings. It’s a piece that holds special meaning for Pires and reflects our collective energy or hope to move forward. 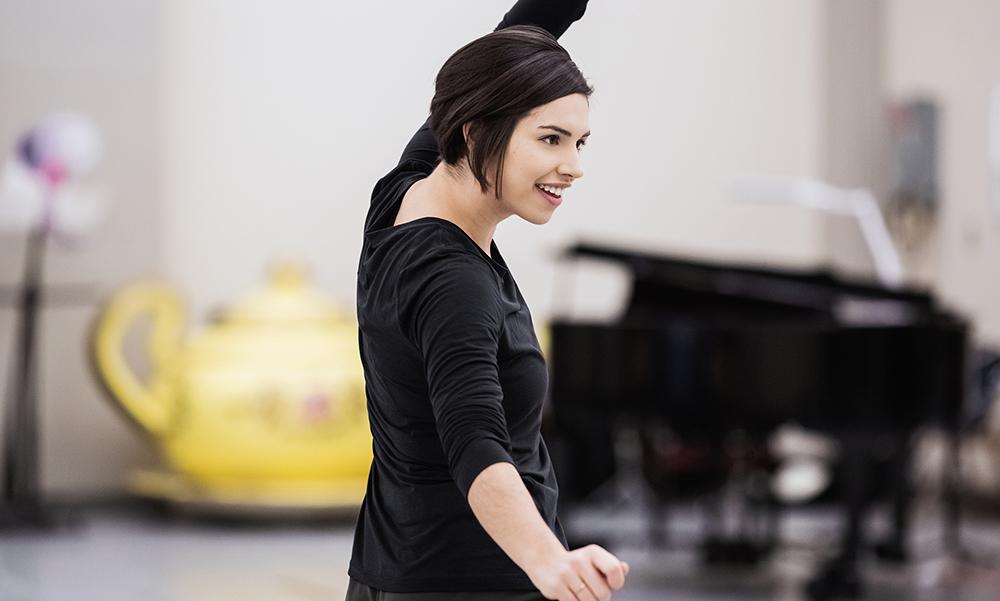 Alysa Pires is an alumna of The National Ballet of Canada’s Choreographic Workshop and has created works for such companies as Ballet Kelowna, Ballet Edmonton, Ballet Jörgen, and New York City Ballet’s Choreographic Institute. Her company, Alysa Pires Dance Projects, made its full-length debut with Exterminating Angel at the Toronto Fringe Festival in 2016.

American composer Nico Muhly writes orchestral music, chamber music, sacred music and works for the stage, film and television. An avid collaborator, he has worked with such choreographers as Benjamin Millepied, Bobbi Jene Smith and Justin Peck, and with leading musicians such as Paul Simon. Muhly is part of the artist-run record label Bedroom Community.

Robert Honstein is a New York-based composer of orchestral, chamber and vocal music rooted in performance and personal narrative. He collaborates with leading international musicians and his work is performed by orchestras, ensembles and soloists from around the world. Honstein is a founding member of the American composer collective, Sleeping Giant.

Grammy Award-winning musician and composer Bryce Dessner is the co-founding guitarist of the acclaimed rock band, The National. Trained as a classical musician, he composes music for stage, film and the world’s leading orchestras and ensembles. Dessner is Artist-in Residence at London’s Southbank Centre and with Frankfurt Radio Symphony Orchestra.

David Lang is one of America’s most performed composers, deeply versed in the classical tradition and committed to music that resists categorization. His extensive catalogue includes opera, orchestral works, chamber and solo music that is hypnotic, emotional and urgent. His numerous honours include the Pulitzer Prize, an Academy Award and the Rome Prize.

On Solid Ground by Siphesihle November

This world premiere marks Principal Dancer Siphesihle November’s choreographic debut for the company’s main stage following the short work he created for the RBC Apprentices as part of YOU dance in the 2020/21 season. Inspired by the energy of the creative process and the music he has chosen, November explores what it means to find joy in dance and how we translate that joy, self-awareness and self-exploration of the body and spirit into something the audience can also experience. Another milestone in his rising career, On Solid Ground expresses November’s love for dance and music and the captivating energy he brings to the stage. 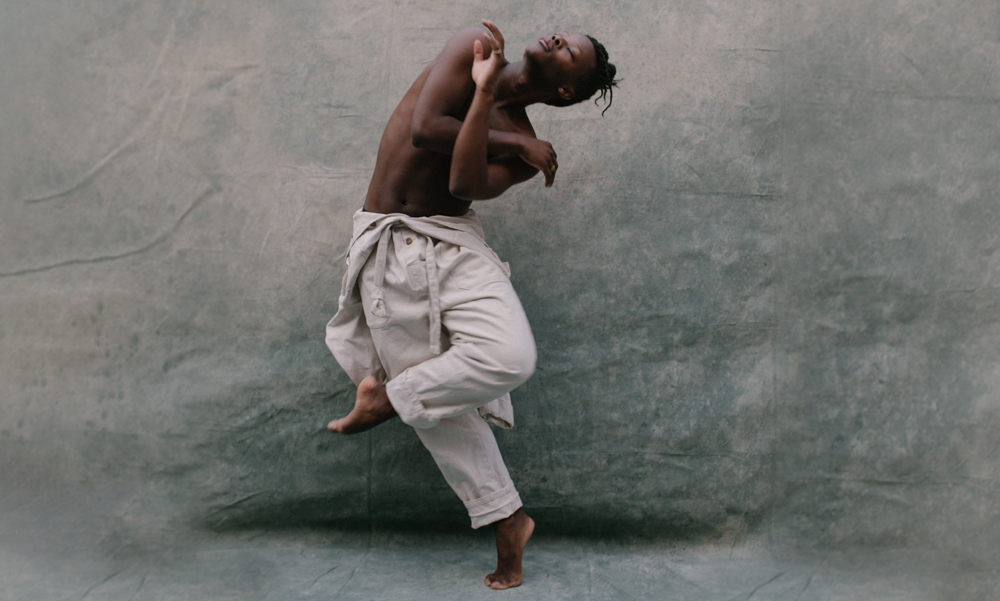 Siphesihle November was born in Zolani, South Africa and trained at Canada’s National Ballet School. He joined The National Ballet of Canada as a member of the Corps de Ballet in 2017, was promoted to First Soloist in 2020 and Principal Dancer in 2021. He won The International Competition for The Erik Bruhn Prize in 2019.

Choolwe Laina Muntanga, 20, is a Zambian-born singer songwriter from the UK. She has since joined the Arts Educational Schools London practicing a degree in Musical Theatre. Her sound is inspired by a combination of the Seventh Day Adventist Hymns or traditional Gospel sounding vocals with her own original lyrics and style, hoping to draw listeners into the love for her culture, being Zambian and growing up in the UK, as well as her faith. She has since worked as a musician with Kennedy Muntanga Dance Theatre for the production Greater than Lion in 2021.

Benjamin Gordon, also known as Benji Boko, is a music producer, DJ, film composer and photographer based in Brighton, UK. He is a graduate of Leeds College of Music and released his debut album Beats, Treats & All Things Unique in 2011. As a DJ, he is known for his improvised “live mixing.”

Steve Mazzaro is an American composer who scores for video games, television and film. His many collaborators include Oscar-winning composer Hans Zimmer and he has title credits on such films as No Time To Die, The Amazing Spiderman, Dune and The Lion King.

Msaki, or Asanda Lusaseni Mvana, is a composer, producer and singer-songwriter from East London, South Africa with her own indie label, One Shushu Day Artistry. Her debut solo album Zaneliza (2016) was nominated for Best Adult Contemporary Album at the South African Music Awards.

Christopher Wheeldon, acclaimed choreographer of The Winter’s Tale and Alice’s Adventures in Wonderland, created After the Rain for New York City Ballet in 2005. A moving and poetic ballet in two parts, the first section is set to Estonian composer Arvo Pärt’s Tabula Rasa and features three couples. For the second section, only one couple returns, and performs a haunting pas de deux set to Pärt’s Spiegel im Spiegel. This final pas de deux is often staged alone. The National Ballet will present the full work for this exciting company premiere. 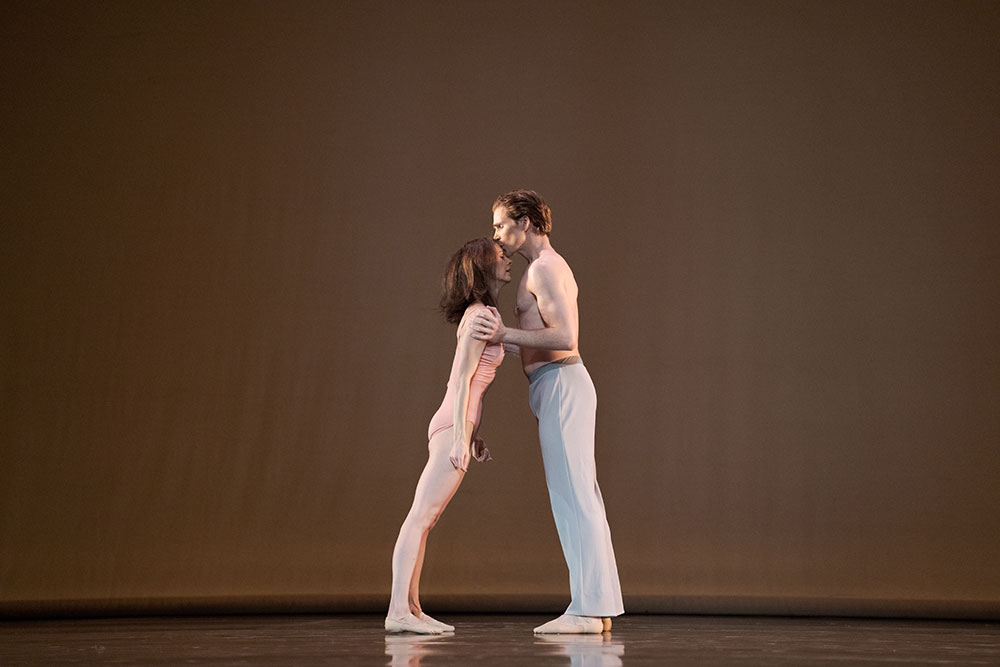 Jillian Vanstone and Harrison James in After The Rain. Photo par Karolina Kuras.

Arvo Pärt is an Estonian composer who developed a musical language called “tintinnabuli” following his research into chant music. Many of his works are based on liturgical texts and prayers, with significant compositions including Credo and Tabula Rasa. 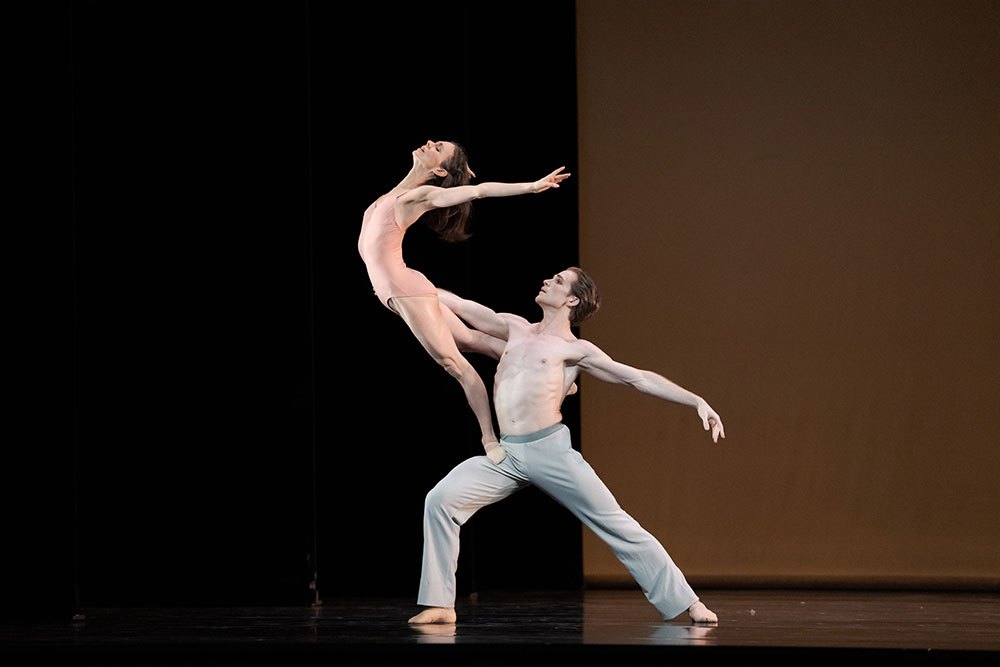 By arrangement with the Royal Opera House, Covent Garden

Reproduced from the Benesh Notation Score by Monica Parker

On Solid Ground is supported by The Producers’ Circle.